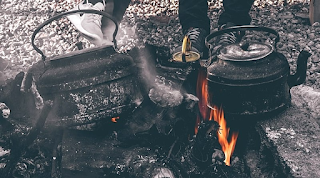 Back in 2004 and 2005, I lived for about a year in the Washington, D.C., area. It was a tough time in my life, and I can't say that I enjoyed it as much as I would have otherwise, but in most ways, it was a wonderful experience for a political junkie and history buff like me.

Not least among the good things was my membership at Immanuel Lutheran Church in Alexandria, Va. A good church home is a helpful thing to have in rough times, and Immanuel fits the bill. It has a great pastor, Rev. Christopher Esget, one of the best preachers I've ever heard. And it's hands down the most thoughtfully liturgical church I've ever attended. I agree with a comment a congressional staffer who went there made one Sunday about Immanuel's combination of sound, biblical preaching- evangelical, in the best sense of the world- and intentionally meaningful adherence to the historic liturgical tradition of the Western Church: "It's a shame more people don't realize that they have this option." A Sunday morning at Immanuel was a rich spiritual experience that provided a lot of sustenance and support.

An interesting sidelight was that Tim Goegelein, President Bush's liaison to the Evangelical community, was a deacon at Immanuel. Another member was a heroine of mine, Mollie Ziegler. Mollie was an incredibly bright, forceful, insightful journalist whose writings on the intersection of faith and public life were terrific, and of whom I was a particular fan because she is a fellow confessional Lutheran. She did the best piece on the argument against LCMS participation in the Yankee Stadium interfaith service following 9/11, I read.

Not that there were many of them. Americans, in general, just don't "get" the idea that joining in a public worship service with members of another religion is effectively saying that the differences between the two faiths don't matter and even see the idea as somewhat intolerant.  In fact, they tend to be rather intolerant of the idea themselves. Bill O'Reilly couldn't find anyone to defend the decision of the LCMS to discipline one of its bishops for participating in the service. He would have done well to have asked Mollie Ziegler.

Mollie subsequently married fellow conservative columnist Mark Hemingway and became a mom several times. I can't say I knew Mollie well, but we talked on Sunday mornings and exchanged emails several times after moving back to Iowa. She was nice enough to compliment me on a few items in this blog, including my report of the doings in my precinct in the 2012 Iowa Republican caucuses.

As I recall, she was appropriately squeamish about Donald Trump in 2016. I was disappointed but not surprised when she became one of his supporters once he took office. We Americans, after all, are quick to choose sides between right and left Democrat and Republican, and in some ways to see the people who make the opposite choice as "the enemy." Many of my friends and relatives judged that Trump was less of a threat to the country than the liberals were and sooner or later fell into line despite his obvious unfitness to hold the office. I knew enough about Trump and his personality and record to recognize him from the beginning as a far greater threat to the country than even Hillary, whom I had disliked and feared ever since she emerged on the national scene, or even somebody like Bernie Sanders. Bernie, after all, was sane, though eccentric, and would likely have faced so much opposition to his radical ideas even within his own party that he would never have gotten most of his program adopted.

Not that I would have relished a President Sanders, either.

My dismay over the degree that my fellow LCMS Lutherans have fallen in line behind Trump has always been profound. Again, on the one hand, I was not surprised. Lutherans, and Missouri Lutherans in particular, are overwhelmingly Republican and very conservative. It didn't register at the time, but there is also a deep authoritarian streak in LCMS Lutherans. I'm a social conservative raised a Republican by a man whose middle name was McKinley but was not so profoundly ideological that he let philosophy totally outweigh character and even his beliefs on specific items of policy. He was definitely not an authoritarian.

I don't watch Fox News. I no longer rely on television for my new coverage at all. My source is the Internet. I get all sorts of newsletters in my email, and I listen to podcasts and consult various websites. I heard that Mollie had become a regular on Fox News. While I disagreed with the positions I heard she was taking, I was glad to see her career prospering.

Mollie and I were Facebook friends and followed each other on Twitter. I often found myself defending her on the latter from attacks by people I frankly agreed with on the issues. But I became increasingly disturbed by the degree to which Mollie's pro-Trump partisanship seemed to me to overcome her objectivity. I didn't hesitate to tell her that.

Eventually, it got to the point where it was hard for me to reconcile Mollie's intelligence and common sense with the things she was tweeting. It seemed evident that her ideological blinders were adversely affecting her judgment. It finally got so bad that I confronted her on Twitter about my perception that her intellectual integrity was suffering.

The issue came to a head on a matter- I don't remember precisely which- on which she not only espoused what struck me as a wrong-headed position but misstated the facts- in the context of attacking the mainstream media for not telling the truth!

I was blunt, perhaps blunter than I should have been. I frankly raised the question of Mollie's intellectual integrity. "Yikes!" she replied and accused me of lacking charity toward those with whom I disagreed politically.

I pointed out that this was a strange reaction from someone who was not only a supporter of Donald Trump but who had just accused most of her colleagues in the media of lying!

I absolutely agree with Mollie about the bias of the liberal media. But I think I'm a bit more charitable than she is. I don't believe that they deliberately lie any more than I believe that Mollie does- except to herself.  As I see it, the problem is that the media consists mainly of people with similar backgrounds and beliefs who live in an echo chamber. Their reporting reflects a distorted reality, but not because they're lying. They simply share the same prejudices with pretty much everyone they associate with, and as a result, don't recognize them as prejudices.

I don't think Mollie consciously lies, either- even in her support of the most prolific liar in the history of American politics. But I firmly believe that, like a whole lot of people on the right (and the left as well, for that matter), she has let partisanship badly warp her perception of reality.

I've emailed Mollie about the degree to which it seems to me that she has changed. She hasn't responded. I've long since unfriended her on Facebook and stopped following her on Twitter. Reading the things she was tweeting was just too depressing.

Her coverage of the COVID pandemic and that of The Federalist, of which she is senior editor, has been horrific. Mollie and her publication are prime examples of how people who make much of their pro-life stance on abortion seem in practice to value the economy more highly than human life. Early in the pandemic, The Federalist ran an article that advocated in effect letting the virus run wild to save the economy (and parenthetically, preserve the re-election prospects of an unpopular president whose main talking point was prosperity). It was an incredibly irresponsible article. If put into effect, epidemiologists suggested that the policy it advocated would have resulted in at least a million COVID deaths in America alone. The article caused Twitter to temporarily suspend its account.

Mollie and The Federalist have continued, along with Trump himself, to effectively ally themselves with the virus ever since. This is a serious matter. Possibly tens of thousands of Americans have died unnecessarily because of the attitude toward the pandemic Trump, Mollie, and her publication have promoted. COVID-19 is not, as The Federalist has insisted on calling it, "the Wuhan Flu," or flu of any kind. We've sustained half a million American deaths as it is. COVID may not be among the deadliest viruses in history, but it is one of the most contagious. The misinformation spread by COVID deniers has been massively lethal.

And now, the other shoe has dropped. Mollie has a new book coming out on Sept. 21. Its title is Rigged: How the Media, Big Tech, and the Democrats Seized Our Elections. I feel obligated, somehow, to read it, although I'm not going to pay for the privilege. Having defended Trump's previous lies, it seems that Mollie is now supporting the biggest of his whoppers: the lie that a massively unpopular, unfit, and mentally ill president was cheated out of a second term.

It makes me very, very sad. 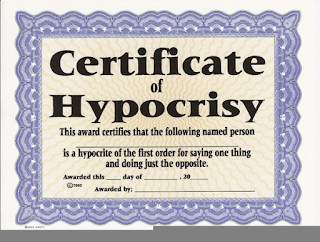 The hour of the hypocrite 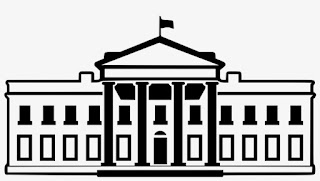 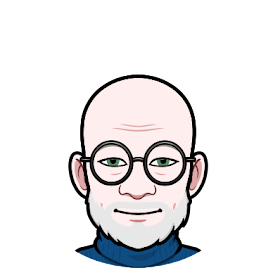 I pride myself on being an independent thinker. I've worked on numerous campaigns for candidates from both parties. I've been a delegate to both the Democratic and Republican state conventions, and served on the County Central Committee of one of them.

I am strongly anti-Trump, but just as strongly pro-life and pro-religious liberty. 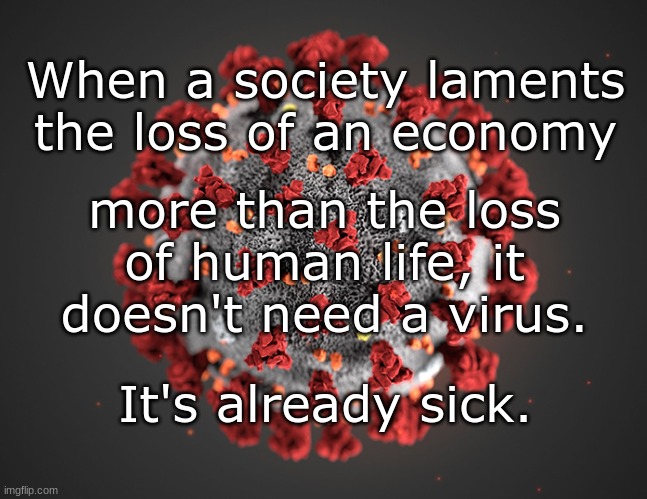